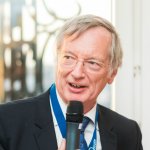 “What CEWEP has achieved in the last 15 years makes me very proud. CEWEP has gained trust through a steady and solid delivery of information and facts, this way being a reliable partner to the EU Institutions and other stakeholders on all items surrounding Waste-to-Energy and sustainable European Environment policy. Our members contributed enormously to environment and climate protection”, said Mr. Kleppmann.

The new President also sees a bright future for the sector.

“More than ever Waste-to-Energy will play an essential role in the realisation of a sustainable integrated waste management approach. Waste-to-Energy will not only deal with non-recyclable waste and turn it into energy and valuable products but will also play an essential role in making the circular economy happen” said Paul De Bruycker during a speech at CEWEP’s 15th Anniversary reception in Brussels’ Museum of Musical instruments.

CEWEP was founded in 2002. Today with members from 22 countries CEWEP represents about 80% of the Waste-to-Energy market in Europe.

Finding a True Balance for Waste Management in the Taxonomy