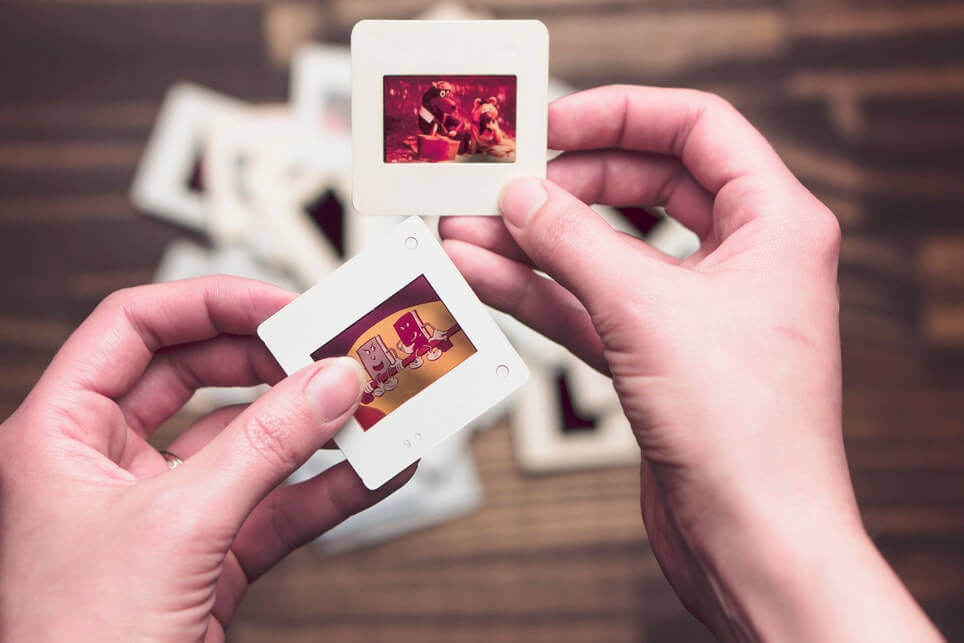 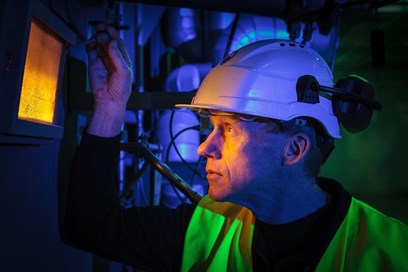 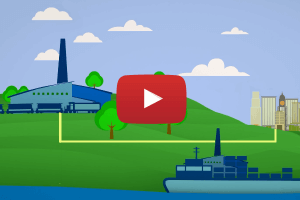 What is Waste-to-Energy - Incineration?

Waste-to-Energy plants burn household and similar waste that could not be prevented or recycled.

From this waste the plants generate energy. This can be in the form of steam, electricity or hot water. The electricity is fed into the grid and distributed to the end-users; the hot water, depending on local infrastructure can be sent to a nearby district heating (or cooling) network to heat (or cool) homes, hospitals, offices etc., and the steam can be used by the nearby industry in their production processes.

Waste-to-Energy is a hygienic method of treating waste, reducing its volume by about 90%.

Modern European Waste-to-Energy plants are clean and safe, meeting the most strict emission limit values placed on any industry set out in the EU Industrial Emissions Directive.

What is the role of Waste-to-Energy?

Additionally, the energy produced in Waste-to-Energy plants also contributes to climate protection and security of energy supply, by replacing fossil fuels that would have been used to produce this energy in conventional power plants.

Why should we burn waste – aren't waste prevention and recycling by far better?

Advanced waste management systems combine prevention, recycling and Waste-to-Energy. The EU waste hierarchy, as set out in the Waste Framework Directive, puts prevention, reuse and recycling first, followed by recovery and disposal. Efficient Waste-to-Energy plants belong to the recovery category: they turn non-reusable, non-recyclable waste into energy, thereby reducing the need for landfilling which is the least desirable option due to high environmental impacts (potential groundwater pollution, methane emissions, and aftercare periods of hundreds of years).

Isn't there a risk that incineration impedes the efforts for waste prevention and recycling?

Waste-to-Energy does not compete with recycling – it goes hand in hand with and supports high quality recycling. Most countries with very high recycling rates – such as Austria, Belgium, Germany and the Netherlands – also have high rates of Waste-to-Energy as a sink for pollutants and thereby have reduced landfill to almost zero.

The combustion process cleans and separates metals from mixed waste, which otherwise could not be recycled. This makes further recycling possible: remaining metals are extracted from the bottom ash and reused for new products such as aluminium castings for the automotive industry. The remaining mineral part of bottom ash can be used as secondary raw material, replacing gravel and sand in construction.

Once the circular economy is here, will there be anything left to burn?

There are many everyday waste items made of mixed or dirty materials which will be very difficult to recycle, e.g. sponges, gift and candy wrappings, toothbrushes, old shoes, vacuum cleaner bags, greasy food packaging, etc. There are also certain other wastes that should not be recycled for hygienic reasons, for example some sanitary products. In addition, there are recycling residues and materials that will still be degraded due to repeated recycling or ageing. Others will be polluted with substances of high concern, for example heavy metals or flame retardants.

What about climate protection?

Efficient Waste-to-Energy plants thermally treat household and similar waste that remains after waste prevention and recycling. In this way they reduce both methane emissions (a potent greenhouse gas that has 25 times greater  impact to climate than carbon dioxide CO2) from landfilling and CO2 emissions that would have been produced if the amount of energy was generated in conventional power plants.

The Intergovernmental Panel on Climate Change(IPCC) says that “Compared to landfilling, waste incineration and other thermal processes avoid most GHG generation, resulting only in minor emissions of CO2 from fossil C sources.”

How much energy does Waste-to-Energy produce? Is it renewable?

According to the EU legislation the biodegradable fraction of municipal and industrial waste is considered biomass, thus a renewable energy source. The energy output from Waste-to-Energy plants is about 50% renewable.

Waste-to-Energy technology is one of the most robust and effective alternative energy options to reduce CO2 emissions and to save limited fossil fuel resources used by traditional power plants.

What about dioxin emissions and health impacts?

Emissions have been significantly reduced during the past 25 years. Modern Waste-to-Energy facilities are equipped with sophisticated filters. Between 1990 and 2000 dioxin emissions of Waste-to-Energy plants in Germany dropped from 400 g to less than 0.5 g per year while the amount of thermally treated waste had more than doubled in the same period.

You can find studies on Waste-to-Energy, health, and environment on our website.

What about the ashes? Where do they go?

The residual waste treated in Waste-to-Energy plants is burned under controlled conditions, reducing the volume of the waste by about 90%.

In a Waste-to-Energy plant the bottom ash is collected at the end of the furnace’s grate. It consists of non-combustible materials, and is the residual part from the incineration of waste. Even if the waste was sorted before hand, there are metals found in it. Both ferrous metals and non-ferrous metals can be taken out of the bottom ash and recycled. After the metals are taken out, the rest of the ashes, which are like gravel or sand, are stored for a period before being used in road construction or as a covering layer on landfill sites.

What do you do with the fly ashes?

Waste incineration concentrates the environmentally harmful substances (lead, cadmium, mercury, etc.) which were already present in the waste in the flue gas cleaning residues. This makes further handling easier: these substances can be better managed and safely disposed of. The residues from the flue gas cleaning system amount to 3-4 % of the mass of the waste entering the plant.

These residues are collected after the filtration process and are carefully stored to ensure no escape of the material into the local environment. The material is then transported in sealed containers to hazardous landfill sites, to treatment plants or salt mines. These sites are fully contained so that the material cannot leach out into the environment. 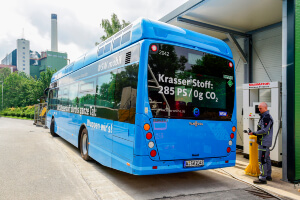 Near Toulouse (France), an innovative heating network now connects a Waste-to-Energy plant with a tomato greenhouse. 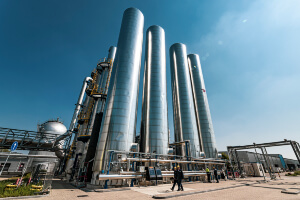 AVR plant in Duiven, the Netherlands captures CO2 and supplies it to the greenhouses for cultivation of flowers and vegetables.