Incinerator emissions “do not reduce the quality of milk and vegetables”

2015 – Dutch researchers studied the presence of contaminants in vegetables and cow’s milk produced near three Waste-to-Energy plants in the Netherlands.

They grew kale and spinach close to Waste-to-Energy plants, as these vegetables accumulate contaminants in their leaves. Comparatively to crops grown elsewhere in the Netherlands, the vegetables did not show any difference in the levels of contaminants they contained.

Researchers also analysed the milk produced by cows grazing near Waste-to-Energy plants. They found contaminants in comparable levels to the average in the country, concluding that “milk produced near to the incinerators posed no increased risk to consumers“. 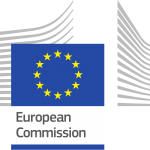 Summary of the study
European Commission
“Science for Environment Policy”

Report – Dioxins and Waste-to-Energy: State of the Art

CEWEP has gathered extensive data from its members on monitoring of dioxins . These examples allow for an in-depth…