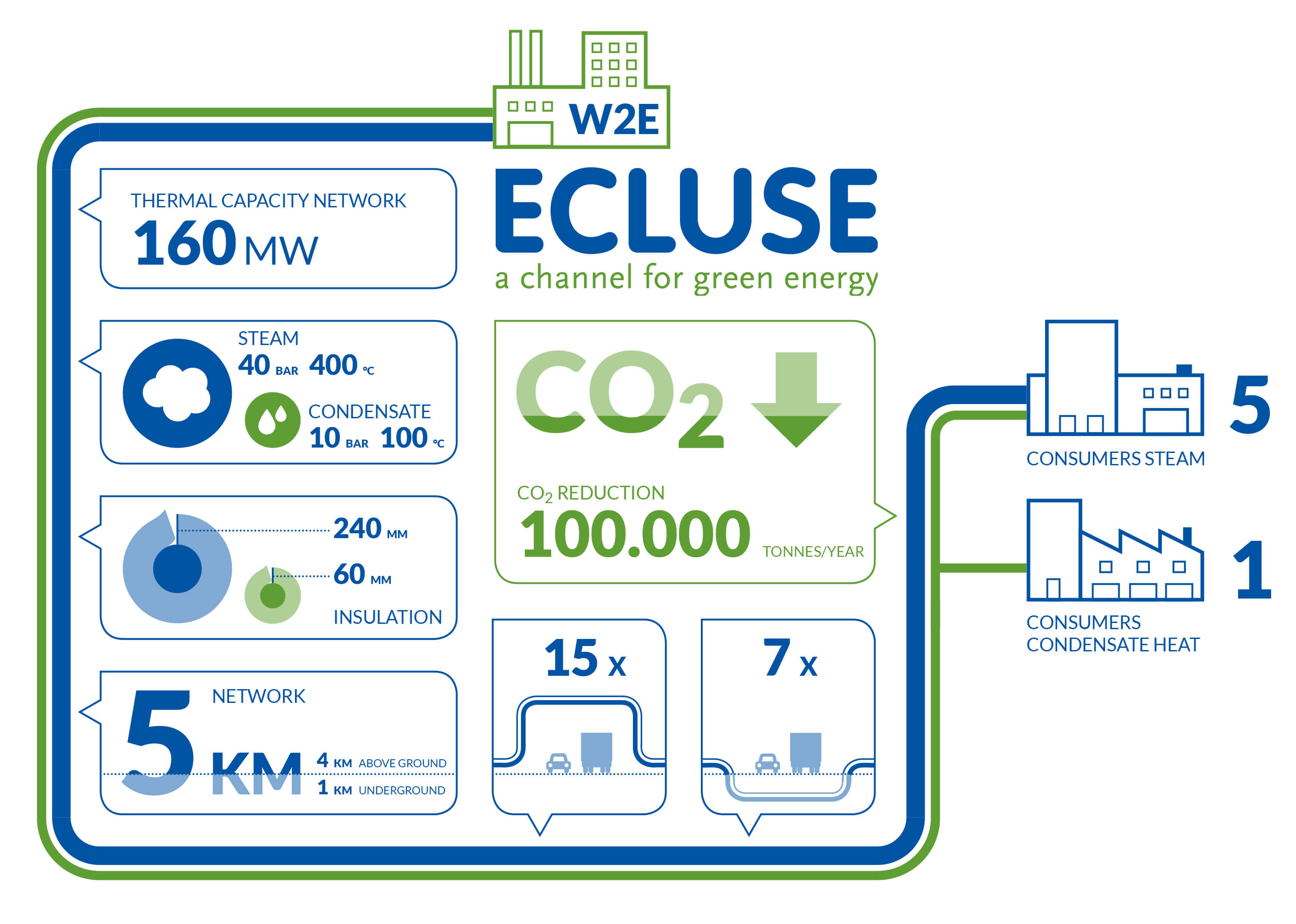 In the Antwerp Port, INDAVER, in conjunction with public and private partners, is building a network through which steam will be delivered from its 1 million tonne/year Waste-to-Energy plant to nearby industry. The energy for the network is produced by INDAVER and SLECO’s Waste-to-Energy installations, with six incineration installations producing 250 MW of steam. Approximately half of the waste that is processed here is bio-organic. Therefore half of the recovered energy is considered ‘renewable’. The project, titled “ECLUSE”, French for ‘sluice’, has the purpose of replacing the current fossil fuel-based energy supply for a number of large-scale chemical companies by steam at high temperature (400°C) and pressure (40bar).

Once ECLUSE is operational, it will supply at least 5% to 10% of all green heat produced in Flanders. It will also ensure enormous CO2 savings of at least 100,000 tonnes each year. This is similar to the CO2 savings achieved by 50 standard 2.3 MW wind turbines.

ECLUSE is to become the largest industrial steam network in Europe. The network can further extend to other companies, which would lead to savings up to 200,000 tonnes of CO2 emissions. This large-scale project was awarded a €10 million subsidy by the Flemish government because of its strategic importance. It offers social, ecological and economic added value for the region, ‘anchors’ the chemical industry in Flanders and increases the sustainability of the chemical industry in the Antwerp port. ECLUSE will give the Flemish climate targets a major boost.

Other nominees for CEWEP Integration Award:

The Award winners will be decided by popular vote during 9th CEWEP Congress in Bilbao on 20th September 2018.