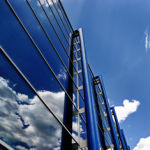 “The Mountain Brought Forth a Mouse”

“This Communication, when it was first announced in 2015, created big expectations. It was supposed to use the newest scientific data to help policy makers see Waste-to-Energy for what it is – a strong partner in the Circular Economy and Energy Union. Unfortunately, the resulted text has more basis in political considerations rather than in facts and science”, Ferdinand Kleppmann, the President of CEWEP summarises.

No sustainable circular economy that relies on minimising landfilling and promoting quality recycling can function well without Waste-to-Energy (WtE) incineration. Thermal treatment is needed to take care of the residual waste that is too polluted for quality recycling, while at the same time producing secure and reliable energy.

In this light it was expected that the Waste-to-Energy Communication, originally announced under the Energy Union, would deliver fact-based projections for energy recovery built on scientific knowledge. This was actually provided earlier in the background study undertaken by the Commission’s Joint Research Centre which clearly shows that waste incineration has a significant energy potential (see table 3.64 in the full press release) but regrettably this was not properly considered in the communication. Exploiting synergies between WtE incineration and District Heating/Cooling systems are the low hanging fruits towards low carbon energy systems and security of energy supply as aimed for in the Energy Union.

The draft paper considerably praises anaerobic digestion, which indeed plays a role in treating clean bio-waste (free of heavy metals and other pollutants). However, it is just a tiny part, while a vast amount of residual waste still needs thermal treatment, for hygienic reasons among others.

The communication rightly states that there is no WtE incineration overcapacity in the EU as a whole. However, many recommendations are based on incineration ‘overcapacities’ in a few Member States although they achieve high recycling rates and have practically eliminated landfilling of municipal waste. It has to be kept in mind that almost half of the Member States still landfill more than 50% of their municipal waste and have no or little WtE incineration capacity. EU28 landfills more than 67 million tonnes of municipal waste every year. Some of the recommendations of the communication are even in conflict with the landfill diversion targets.

“While WtE incineration (like any other treatment) capacity should be evaluated with scrupulous care, it also has to be acknowledged that it is the best available treatment option for the residual waste stream left after prevention, reuse and quality recycling. It avoids that pollutants, e.g. heavy metals, inherent in waste are spread into the environment”, comments Ferdinand Kleppmann.

The judgement on capacity cannot be based only on the municipal waste input (as it is currently done), but one must consider that a significant part of the input into WtE incineration plants is commercial and industrial waste. In industrialised countries, e.g. Sweden, Germany, the Netherlands and Belgium, the input ratio is about 50/50.

In order to provide the public with solid facts around WtE incineration, CEWEP will publish a series of factsheets explaining its role in sustainable waste management and energy systems, in the upcoming weeks, starting today with a factsheet on WtE capacities. 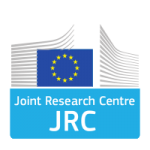