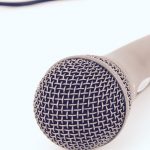 Interview with Ferdinand Kleppmann, outgoing CEWEP President, about the past 15 years.

Mr Kleppmann, with your retirement in September 2017 an era comes to an end.

Why did you decide 16 years ago to found a European umbrella association?

The decisive driver was the situation in my own waste association in Würzburg (Germany). At that time (2001) cheap landfills, particularly in the Eastern part of Germany, attracted a lot of waste, claiming it would go for recovery. However, this was just sham recovery: it was claimed that the waste would be sorted before landfilling. In fact, it was disposed without treatment on landfills, for a price of 10€/tonne. The gate fee for thermal treatment in Waste-to-Energy (WtE) plants at the time fell below 50€/tonne. Therefore, we could not avoid a raise in fees for the residents.

And a trade association could help with this?

We had to be heard by the political decision makers in order to make sure that the waste from which materials or energy can be recovered does not end up in landfills. Bavaria was the frontrunner with the foundation of the Bavarian WtE plant operators association (ATAB Arbeitsgemeinschaft der Thermischen Abfallbehandlungsanlagen). The Bavarian operators informed the Bavarian Government, the public and politicians via sincere lobby work that landfilling waste that can be recovered (through recycling or energy recovery) is a waste of resources and can damage the environment (e.g. methane emissions and potential groundwater contamination via leakage from landfills). The next rational step was the creation of a nationwide association of WtE operators: ITAD (Interessengemeinschaft der Thermischen Abfallbehandlungsanlagen Deutschland) and then of course the turn came for CEWEP on the European level. It was necessary to close the gap as I was convinced that the WtE sector must be more vocal about these issues in Berlin and in Brussels.

How did the European Association evolve?

This is something that makes me very proud. CEWEP started in 2002 representing 30 million tonnes of annual waste treatment capacity while today CEWEP represents almost 400 WtE plants with a capacity of 70 million tonnes. Thus, today we represent more than 80% of the total European WtE market and still attract new members.

CEWEP gained trust through steady solid delivery of information and facts and being a reliable partner to the EU Institutions on all items surrounding WtE and sustainable European Environment Policy. A nice compliment that we have received from a leading representative of the European Commission is that CEWEP is rather a Think Tank than a lobbying association.

The members of CEWEP are reliable partners for long-term waste treatment security in many parts of Europe, by providing capacities for environmentally sound treatment of waste that, despite all efforts, could not be prevented or recycled. Capacity planning needs to be analysed thoroughly on a long-term basis, which is not always the case as it is well illustrated by a recent German example. Whereas three years ago some representatives of the recycling sector and politicians argued that there is a WtE overcapacity and asked for the closure of WtE plants in Germany, only one year later, it was claimed that the WtE capacities for the rejects from recycling facilities in Germany are not sufficient.

What was the most important achievement of CEWEP?

A very important step was the energy recovery status for efficient WtE plants. That was possible through the R1 formula set in the EU Waste Framework Directive 2008. This ensures that energy efficient WtE plants have priority over landfilling (disposal) within the waste hierarchy.

A ruling of the European Court of Justice from 2003 questioned the recovery status of WtE plants. This was something that CEWEP could not accept. At that time, we asked the European Commission for a clarification in the Waste Framework Directive, so that energy efficient WtE plants could be classified as ‘energy recovery’. The Commission wanted a formula, closely linked to the dictum of the court ruling. This is why I asked Dieter Reimann, our technical expert, to elaborate such a formula.

Indeed, the Commission took this proposal as a basis and proposed the R1 formula within the review of the Waste Framework Directive that was subsequently adopted by the European Parliament and the Council. As a result, many WtE plant operators whose plants did not achieve the R1 energy efficiency yet, undertook enormous efforts and improved the plants’ energy efficiency. This is an incredible result for the environment and climate protection as through the higher energy efficiency significantly more CO2 emissions can be saved. At the same time the association acknowledges the principles of proximity and self-sufficiency.

This demonstrates that sincere lobby work can be a solid basis for good EU legislation, accompanied by real practical achievement for the environment and climate protection.

Looking back, what makes you particularly happy personally?

CEWEP manages to unite both, public and private operators in one association and cooperate in a harmonious way. I particularly enjoyed the amicable and professional cooperation with my colleagues, especially the important cofounders of CEWEP: Gerard Nieuwendijk (Netherlands), Hakan Rylander (Sweden) and Pierre Ammann (Switzerland). Last, but not least, the 16-year long cooperation with Dr. Ella Stengler, CEWEP’s Managing Director from the first hour, was always excellent, as well as the cooperation with Carsten Spohn, the Managing Director of the German member association ITAD. So, I am absolutely certain that both associations that I have founded are in very good hands. 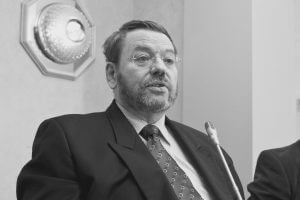 Finding a True Balance for Waste Management in the Taxonomy