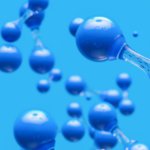 Hitachi Zosen Inova and the Aarau-Lenzburg Regional Waste Disposal Association will produce hydrogen at the Waste to Energy plant in Buchs (canton of Aargau). The main off-taker of the hydrogen will be Messer Schweiz AG in Lenzburg.

Green Hydrogen is a high density and reduced carbon footprint energy carrier. Low-cost Green Hydrogen availability is key to facilitating the energy transition. Using the electricity generated by WtE plants to produce hydrogen is also a further step in enhancing the contribution of such facilities to the circular economy.

A joint venture project has been created for this purpose together with the Aarau-Lenzburg Regional Waste Disposal Association (GEKAL) that will involve the Swiss-Japanese cleantech company. HZI will produce hydrogen and oxygen by electrolysis using electricity from the Buchs Energy from Waste plant. For that an alkaline electrolysis process will be used that can produce 550 Nm3/h of green hydrogen at 350 bar, meeting both the SAE 2719 and ISO 14687 quality standards for hydrogen fuel. The PtH2 plant will also include a filling station. Its projected output is around 200 tons of hydrogen per year, equivalent to approximately 10-15 gigawatt hours of electricity. This is enough to keep a hydrogen-powered vehicle running for around 20 million kilometres, or to fuel up to 1‘000 fuel cell cars per year. The oxygen will be released into the atmosphere, while the hydrogen will be compressed and stored in special tanks.

The hydrogen produced will be used as technical gas for industry and for early mobility applications, for example as green fuel for local public transport and private vehicles.

The installation of the hydrogen facility at the WtE plant in Buchs is planned to start in June 2022, with the first hydrogen being produced at the start of 2023. Full operations will commence a few months later in the spring of 2023.