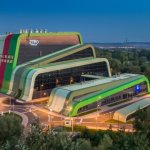 GHG emissions from waste management have shown a strong decrease, in particular thanks to the development of recycling and other recovery processes, including Waste-to-Energy. This has led to increased landfill diversion and a subsequent decrease in methane emissions.

Considering that a significant part of it could also be recycled, a total saving of more than 175 million tonnes of CO2 eq (more than the annual CO2 emissions from fossil fuels of the Netherlands) could be achieved every year by shifting waste from landfilling to a higher treatment in the waste hierarchy.

Additionally, up to 50 million tonnes of emissions of CO2 eq are avoided in Europe annually as Waste-to-Energy recovers about 39 TWh of electricity and 90 TWh of heat from waste, a strategic local recovered energy source, saving up to 50 million tonnes of imported fossil fuels that would have been used in conventional power plants. Waste-to-Energy plants can also supply efficient district heating and cooling to households and process steam to industries.

Summary in Spanish by RETEMA